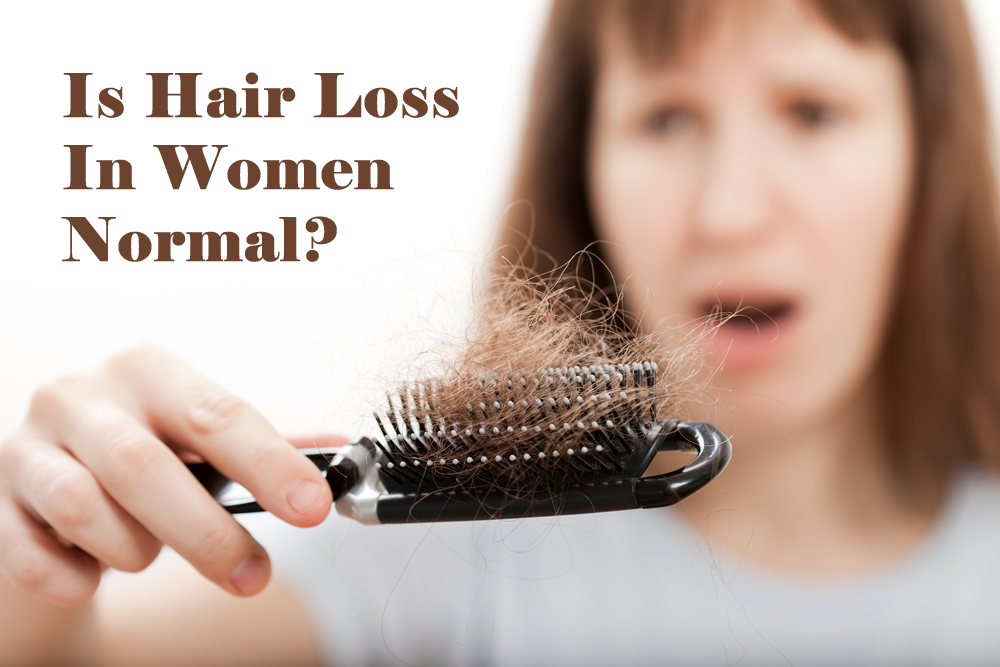 Women are often surprised to find they are losing their hair. At drugstores, they will spend untold amounts of money on products that claim to build back volume or reverse the damage of hair loss. One expert, Paradi Mirmirani, a dermatologist and assistant clinical professor at the University of California at San Francisco, explains how hair changes as we age and why we should chow down on protein.

In women, just as in men, the most common type of hair loss, or alopecia, is hereditary thinning. It is popularly believed to be inherited from one’s mother’s side, but actually could come from both parents, says Dr. Mirmirani, who specializes in hair disorders. It is as likely to affect women as men. “Fifty percent of everyone will develop some degree of hereditary hair loss by 50, but it can start as early as age 20 or even the teens,” she says.

In women, the pattern of hereditary thinning is different than in men; it is referred to as female pattern thinning. “Women don’t go bald or have a receding hair line,” she explains. “Instead you might notice some thinning on top of the head as opposed to at the back, or that your scalp is more visible or your pony tail isn’t as thick.”

Everyone experiences a normal five-to-seven-year cycle of growth and shedding of hair. At any given time, 10% of the hair is in the resting phase and not growing; the follicle, or hair root, will push out the old strand with a new, short strand.

Around 100 to 200 strands of hair loss a day is normal. “That is the amount that you should be able to replace daily, and that shedding is fine,” says Dr. Mirmirani.

Stress, such as a death in the family or having a baby, might trigger a normal “shedding episode,” especially for those predisposed to alopecia, according to Dr. Mirmirani.

“But those follicles aren’t dead,” she says. “The hair will recover, but it may take six to nine months.” 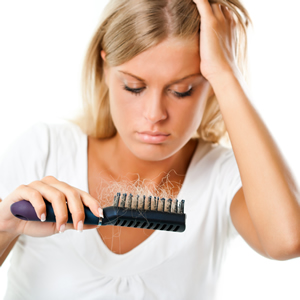 Hormonal changes can cause hair loss. In puberty, male hormones, called androgens, kick in for both men and women.

If a woman is genetically predisposed to female pattern thinning, that increase in androgens may encourage the follicles to shrink as early as during her teenage years.

In and around menopause, women’s estrogen goes down, which is the time most women with hair loss start to notice thinning.

Thinning is related to follicle size. “Think of your hair as a plant: That smaller root would cause a smaller plant to grow, so over time you get finer, thinner hair that won’t grow as long,” Dr. Mirmirani says.

Because a woman has gone through as many as eight hair cycles by the time she’s 40, Dr. Mirmirani says, her hair is going to be very different than when she was in her teens—just as her eyes and skin will be different. Still, hair loss is often traumatic.

“Women usually come to me with what I call a ‘midlife hair crisis,’ ” Dr. Mirmirani says. “It may seem dramatic to you when your long, dark hair is all over the bathroom floor. But for the vast majority of women, hair thinning is slow and gradual.” Later in life, around age 60 or 70, aging can typically cause further thinning.

Hair, like nails, is made up of protein, so eating adequate amounts of protein will help keep hair in peak condition.

“I have some vegetarians and vegans who have trouble with hair growth,” says Dr. Mirmirani.

There are over-the-counter treatments for hereditary thinning, such as minoxidil.

“Before you try any product, talk to your doctor to make sure nothing else—medications, recent surgery—is contributing to shedding or loss,” says Dr. Mirmirani. For extreme cases, there are cosmetic and surgical solutions, like transplants.

There is not a lot of data about the effects of supplements, she says, despite pharmacy shelves crowded with products making claims of hair growth. “We know biotin deficiency, which is a very rare genetic disorder, will cause brittle hair. The question is, will biotin supplements help reverse that? Science just doesn’t know yet,” she says.

Article written by HEIDI MITCHELL and first published in the Wall Street Journal on 1/26/2015.  Be sure to view the video that goes along with the article.